I watched the Emmys last night and was inspired to create this post as a follow-up to my 30 shows to binge-watch on Netflix list I wrote a few years ago. I only watch the Emmys and other award shows to validate my excellent taste in film and TV. I have Hulu, HBO, Starz, Netflix, cable, you name it, I watch it. It’s recently come to my attention that I am only attracted to girl power shows. That’s right, if there’s no strong lady lead, I’m not interested. This post will feature the ultimate list of girl power shows!

My list will include 20 TV shows available on different platforms so there’s something everyone can watch for their daily dose of girl power inspiration. I’ve categorized them as comedy, feel-good, period piece, and drama, but nothing is that set in stone. A lot of them jump genres, so if you’re looking for a new show why not try something outside of your comfort zone? All the girl power shows below are mega-approved by me to be amazing!

Broad City is quite possibly the greatest, most accurate portrayal of my generation. The show follows the struggles of Abbi and Illana as they try to make it in New York City. This lady power duo is laugh-out-loud funny and I have never related so intensely to a show in my life. The fourth season just started this September, but you can (and should) binge all the episodes on Hulu now.

via GIPHY
Chewing Gum is a Netflix original series from the UK, and it is about sorta-religious Tracey who is committed to losing her virginity once and for all. I’ll warn you, sometimes I need subtitles to understand the British accents in this show. However, there’s something to be said for British humor which is a lot drier than American humor.

The Mindy Project on Hulu

via GIPHY
I realize I’m late to the Mindy bandwagon, but I am all in now. Mindy is an NYC doctor who has more than a little trouble finding a long-term boyfriend. Despite her up’s and down’s, Mindy is a strong, kick-butt lady who won’t let anyone get in the way of her goals.

The Good Place on NBC

via GIPHY
The Good Place just finished its first season on NBC, and even though this is a comedy, I sometimes feel like it belongs in a college-level lecture on the ethics of good/bad. The main character, Elanor, finds herself in “The Good Place” after dying tragically in a parking lot incident. The problem is, she doesn’t really belong there, and now she has to convince everyone she is capable of being good. The twist ending will have you wishing you paid more attention in Intro to Philosophy.

The Unbreakable Kimmy Schmidt on Netflix

via GIPHY
After escaping an underground bunker where she was trapped for 10+ years, Kimmy Schmit is committed to pursuing her dreams in the big city. Tina Fey kills it with this comedy, and every character in this show is downright hilarious.

via GIPHY
Gilmore Girls is basically the OG for feel-good TV shows. Rory Gilmore is my English major spirt animal, and I am forever jealous that I don’t live in Stars Hallow. This show is like the coziest sweater, and it’s guaranteed to fix any bad day blues. The show starts with Rory getting into swanky Chilton and her mom having to ask her grandparents for money to pay for tuition. They’re more than willing, as long as Rory and Lorali agree to visit for Friday night dinners indefinitely. (UM, ALSO, CAN WE TALK ABOUT THE PLOT TWIST ENDING FOR THE REUNION SEASON ON NETFLIX?!)

Parks and Recreation on Netflix

via GIPHY
If you haven’t seen Parks and Rec, I hope you live in a box. There’s no other excuse for not having seen the most glorious work of television ever created? Though its officially no longer on air, Parks and Rec is increasingly relevant in today’s political climate as Leslie Knope tries, tries, and tries again to make the world a better place.

via GIPHY
Younger is a quirky show that works on a lot of different levels, but its biggest achievement is casting Hilary Duff as a leading lady. She’s literally such an icon?! Younger is about Liza, a 40-something divorcee with a grown kid. After spending 18 years as a stay-at-home-mom, shes’s ready to relaunch her career. When nobody will hire a 40-something, she pretends to be 25 to get an entry-level job in a publishing house.

via GIPHY
GLOW is a new Netflix original series that follows the true-life story of the Gorgeous Ladies of Wrestling from the 80’s. This show packs a heavy dose of girl power as a mismatched group of strong ladies change the world of wrestling for the better.

Don’t Trust the B*tch in Apt 23 on Netflix

via GIPHY
Everything falls apart when June moves to NYC and finds herself without anywhere to live after her long-time boyfriend cheats on her. Her love-to-hate-her roommate is a hilarious mess, and this duo takes on NYC one episode at a time.

via GIPHY
If you’re a sucker for Victorian-era dresses like me, Victoria on PBS is a dream come true. This series follows the real-life story of Queen Victoria as she ascends the throne as the Queen of England and as she falls for Prince Albert. Swoon, am I right?!

The Crown on Netflix

via GIPHY
The Crown on Netflix is like a more intense version of Victoria. Once again, we follow the true story of the rise of Queen Elizabeth after World War II. The Netflix version breaths much life into what could have been a stuffy history lesson.

via GIPHY
Adapted from the popular book series, Outlander on Starz is the steamy tale of a WWII nurse who somehow falls back-in-time to 18th century Scotland. She searches for a way back to her husband and the time she knows amidst new romance, supersticious castles, and clan feuds.

via GIPHY
Reign is the CW’s take on the classic period drama. Mary Queen of Scotland travels to France to meet her betrothed, but along the way is swept up in court politics, mystery, and romance. If you can get over the less-than-accurate costume choices, Reign is an addicting guilty pleasure. Basically, it’s like a mideval Gossip Girl.

via GIPHY
Phryne Fisher is a 1920’s murder detective in Melbourne Australia. She’s witty, smart, and basically everything you’ve ever needed in your life. Honestly, her outfits alone are enough to watch this show, but the murder mysteries will keep you binging for days.

Orange is the New Black on Netflix

via GIPHY
This might possibly be my favorite show of all time. It starts with the story of Piper Chapman who turns herself into prison for smuggling money in a drug ring. The drama heats up when her long-time ex-girlfriend Alex happens to be in the same prison. Combine that with the stories of all the other inmates and you have a complex, comedic drama that keeps getting better.

The Handmaids Tale on Hulu

via GIPHY
Based on the haunting novel by Margaret Atwood, The Handmaids Tale paints a dystopian future where women are treated like property. In a world ravaged by disease, only a few women are still able to bear children. These fertile women act as Handmaids to the elite, forced to have children for the women who can’t. Though bleak, Offred’s narrations remain upbeat and humorous, reminding us to keep fighting for light in dark places.

via GIPHY
IZombie isn’t your typical zombie show. When Liz finds herself turned into a zombie after a crazy party, she decides she might as well make the most of it. By eating the brains of murder victims in the morgue where she works, she’s able to access their memories. She turns into a strong, crime-fighting, zombie queen.

via GIPHY
Big Little Lies, based on the novel by Liane Moriarty, is a murder mystery revolving around three mothers in a small, elite town in California. With twists and turns, this HBO show will have you questioning whether any of the characters are truly blameless. I mean, with frontrunners like Reese Witherspoon, Nicole Kidman, and Shailene Woodley, you can’t really go wrong.

Game of Thrones on HBO

via GIPHY
Even though I don’t consider myself amongst the roaring crowd of Game of Thrones fans, I have to admit it has some pretty cool female characters. With court politics, romance, and lots and lots of murder, Game of Thrones has earned a dedicated fanbase that is waiting impatiently for the final season.

What are your favorite girl power shows? Let me know in the comments! 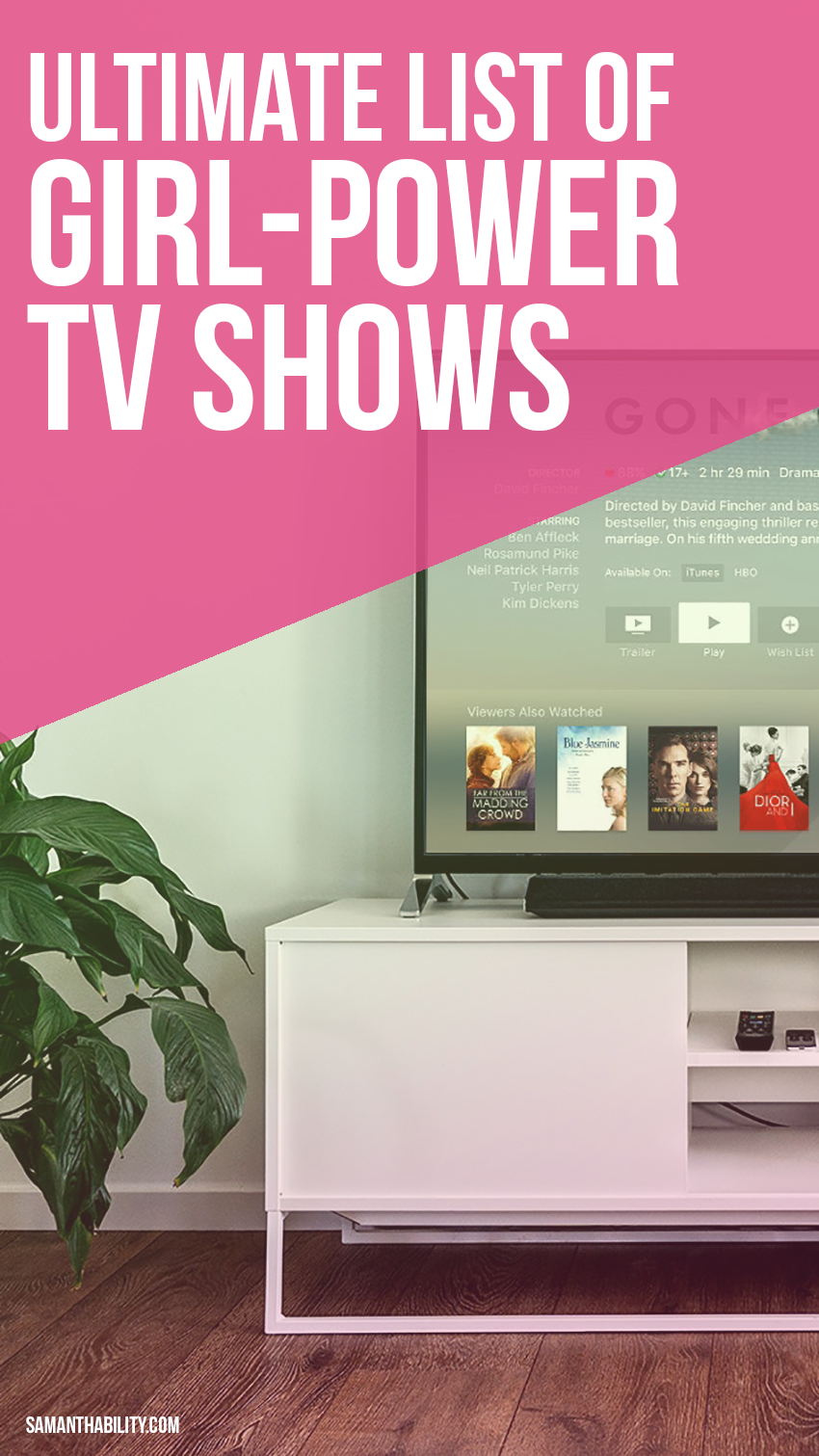 « College Girl’s Guide to Partying and Going Out

Why I’m Not Afraid of My Student Loans » 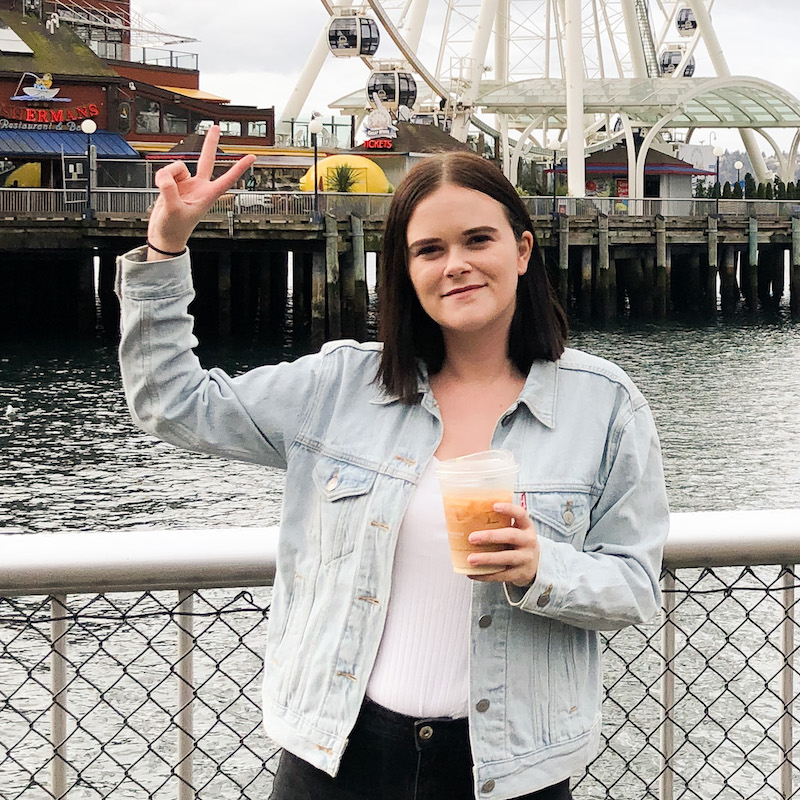